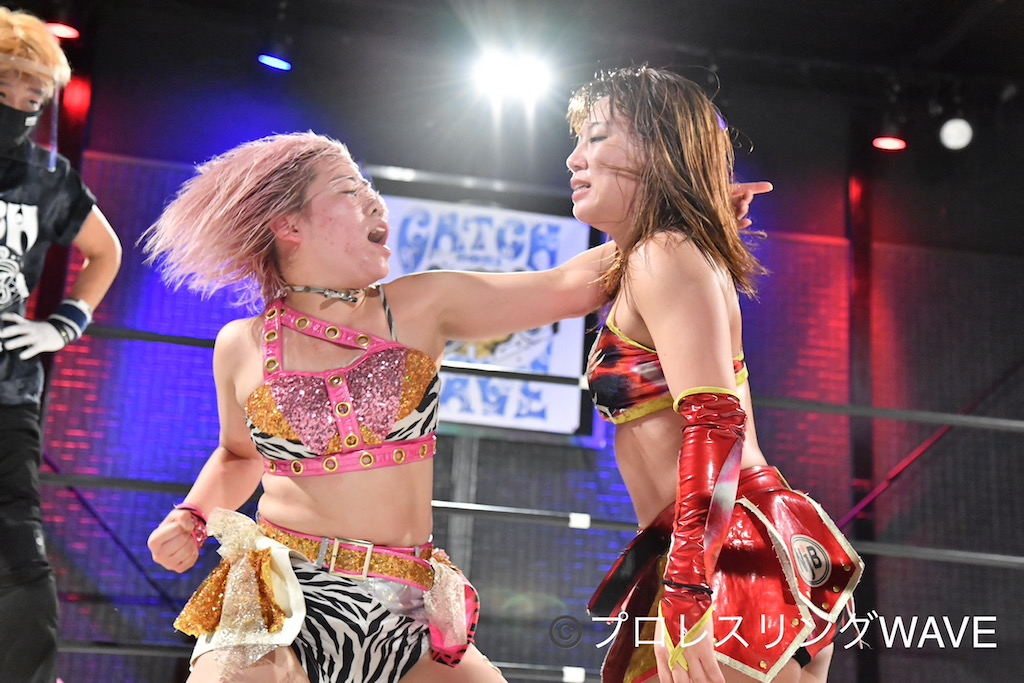 Sakura Hirota(Regina) vs Mio Momono vs Miyuki Takase. Due to Tomoka Inaba’s absence, this was a hastily decided tie breaking playoff. Initially, the Inaba match was declared a no-win, and Takase and Momono scored two points. However, Takase disagreed with the no-win decision and gave up his two points. Momono does the same. The three players were tied at two points, and it was decided to settle the match in a toss-up.

Tie breaking playoff to determine the winner of the Potential Block (No time limit one fall).

Before the match, a lottery was held between Hirota, Momono, and Takase. As a result, the first match was decided to be Momono vs. Takase.

Momono vs. Takase was a card that took place on June 1st at Shinjuku. Momono narrowly won that time. This will be a return match for Takase.

Momono is currently the Sendai World Tag Team Champion. She enters with the belt around her waist. As soon as she removes the belt, she attacks Takase. They both slam their elbows into each other’s chest violently.

In June, Momono was often involved in big matches. She showed no signs of fatigue and went at Takase with everything she had. 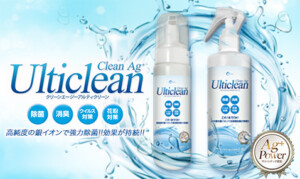 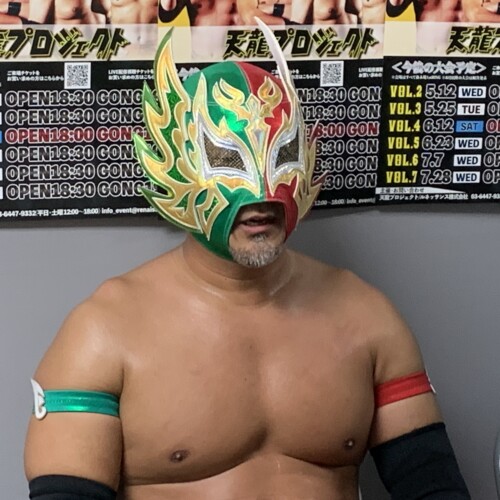 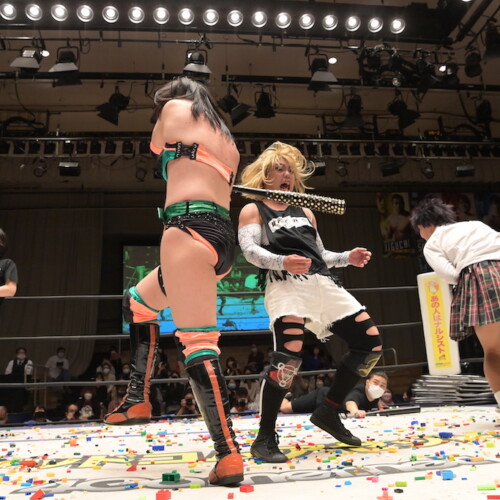