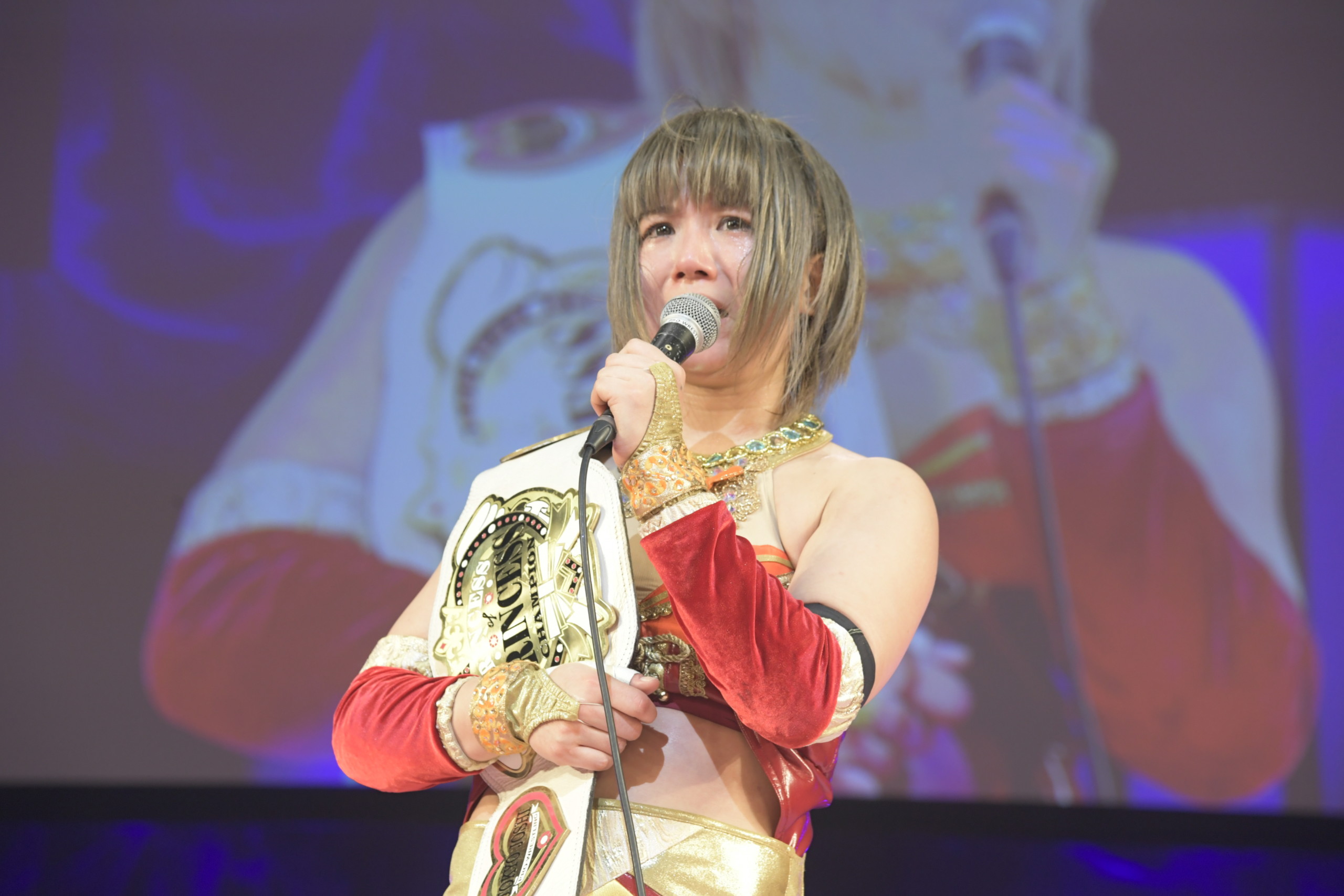 In July, Yuka Sakazaki will be competing in AEW. I re-edited the article that I interviewed her when she was the TJPW champion in January this year. Yuka Sakazaki has both cute looks and a calm fighting spirit. Let’s take a closer look at her hidden charms.

–When was the first time you saw professional wrestling?

Sakazaki:The first event I saw was DDT’s Beer Garden Pro Wrestling. It was a tournament that ran for one week straight. I really enjoyed the wrestling I saw there, and it had everything I wanted to do.

–Did you originally want to be a comedian?

–Were you interested in martial arts from a young age?

Sakazaki: I used to watch PRIDE, K-1, etc.! However, there were no wrestling or martial arts gyms at all in my area. I was interested, but I couldn’t do it.

–When I saw your match, I thought you were very athletic. Did you do any physical activities as a child?

Sakazaki: I used to play volleyball. I wasn’t just passionate about it. I always got A’s in my physical education tests.

–Please tell me about how you became a professional wrestler.

The moment I spotted President Takagi at the beer garden wrestling event, I ran out with Rika Tatsumi and asked him to let me join DDT!

Sakazaki:I thought, “What I wanted to do was wrestling”. That was in August 2013.

–Launch show was in December 2013. You don’t have much time before your debut.

Sakazaki: My debut was decided one week before. To be honest, I wasn’t in the mood. But pro wrestling is addictive. At the same time, I was keenly aware of my disappointment in my debut match, and I thought, “I have to practice for this.